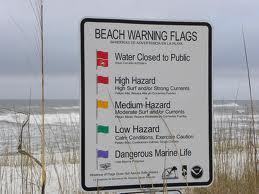 As the few remaining “snowbirds” head back north, we see the area starting to settle into its summer routine. May also saw real estate activity

start to slow, as well, with only 13 closings as compared to 27 in April.  The “Lookers” have left for the season; so the few buyers we have now tend to be more serious about purchasing.

Let’s take a closer look at the results in condominium re-sales for the first five months of 2015 on Singer Island:

June 1st is the official start of Hurricane Season in Florida with it ending on November 30th. Once again it is time to take stock of emergency supplies and make sure evacuation plans are current. Unfavorable hurricane formation conditions in the Atlantic and the likely development of a strong El Niño — the warming of waters in the central and eastern tropical Pacific Ocean — will help keep 2015 quiet, according to forecasters.

The National Weather Service predicts that there is a 70 percent likelihood of six to 11 named storms (storms with winds of 39 mph or higher),

2015 has all the indications of being another great year for the Walker Real Estate Group; as the #1 Sales Team on Singer Island, our goal is to provide our customers a true concierge experience in all their real estate transactions. Trust, integrity and knowledge of the market is our number one priority.