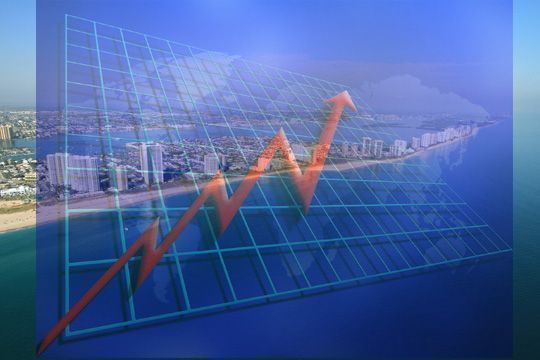 Welcome 2015!  January is behind us and a snowy winter is starting to pound the north. With the real estate market improving, we are seeing more owners looking to make a move.  New listings for January were a near record of 48, compared to 29 for January of last year.  Let’s take a closer look at the results in condominium re-sales for the first month of 2015 on Singer Island:

All of the real estate publications and pundits are touting a robust real estate market for 2015. As I mentioned in last quarter’s market update,

mortgage rates remain low, employment is growing and consumer confidence is on the rise. One of the key factors fueling this trend is the steep drop in oil prices which has allowed the US consumer more discretionary income.

As one knows, real estate is local and while the drop in oil price helps most of the country; the areas that rely on foreign buyers are adversely impacted. Simply put, falling oil prices lead to a stronger dollar which in turn affects currency exchange rates.

One example is the Russian buyer. Over the last few years they have been very active in the South Florida area (including Singer Island) purchasing upper end properties. Economic sanctions and falling oil prices have put the ruble in a dramatic tailspin, which has left Russian billionaires scrambling. Viktor Vekselberg, Gennady Timchenko and Alisher Usmanov, along with another 17 of the nation’s wealthiest people, lost a combined $10 billion in the week leading up to the holidays, Bloomberg News reported.

The fall was largely associated with crude oil plunging to a five-year low following the United Arab Emirates announcement that OPEC won’t rein in production. This resulted in Russia’s central bank raising its benchmark interest rate overnight to 17 percent from 10.5 percent on Dec. 15.

Singer Island is home to a large concentration of Canadian owners and renters, would are future buyers. Just 15 months ago, in Nov

Although this has not stopped foreign buyers from purchasing, it has made them more deliberate in their decision process thus lengthening the overall sales cycle.

2015 has all the indications of being another great year for the Walker Real Estate Group; as the #1 Sales Team on Singer Island, our goal is to provide our customers a true concierge experience in all their real estate transactions. Trust, integrity and knowledge of the market is our number one priority.