With Labor Day behind us, we look forward to “Season and the return of our winter residents.  August has been a quiet month on Singer Island with only 11 re-sales, none of which were over $1 million and only 4 sales over $500K.  Year-to-date Singer Island re-sales are 12% greater than the same time last year.  The completion of Vista Blue and closing of 37 units has had a major impact on the $1 million + re-sales on Singer Island in 2018.

Let’s take a closer look at the results in oceanfront condominium re-sales for the first eight months of 2018 on Singer Island: 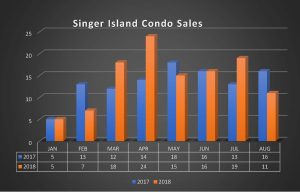 Mortgage Rates on the Rise Again

The one-two punch of strong job and consumer credit growth drove mortgage rates up for the third straight week, to their highest mark since August 2.

Mortgage rates are currently 0.82 percent higher than a year ago, which is the biggest year-over-year increase since May 2014. Looking ahead, annualized comparisons for mortgage applications may look weaker than they appear, but that’s primarily because of the large spread between mortgage rates now and last September, which was when they reached their low for the year. 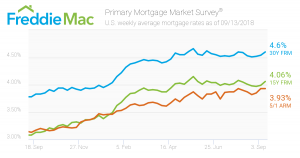 Overall, this spectacular stretch of solid job gains and low unemployment should help keep homebuyer interest elevated. However, mortgage rates will likely also move up, as the Federal Reserve considers short-term rate hikes this month and at future meetings.

It has been almost ten years since the 30-year average fixed mortgage rate dropped below 5% and has hovered in the 4 percent range through today, a historic low period. 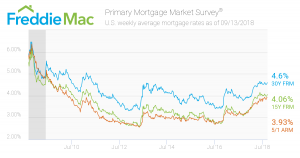 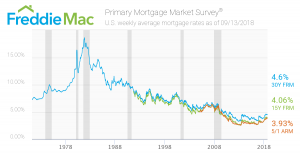 We are hopeful for another banner year for the Walker Real Estate Group. As the #1 Sales Team on Singer Island, providing our customers a true concierge experience has been a major factor in our success. Trust, integrity and knowledge of the market is our number one priority.