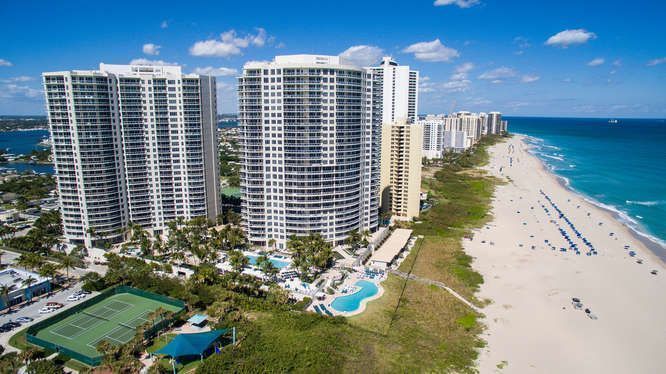 Let’s take a closer look at the results in oceanfront condominium re-sales for the first four months of 2016 on Singer Island:

Looking Back at Season

As the Season draws to a close, it is a good time to reflect over the last six months to see how well the real estate market has performed.

In the last six months there has been 94 oceanfront condo re-sales on Singer Island, compared to 115 sales the previous 6 months (off-season).  Almost two thirds (63%) of the re-sales were $500K or less.  The $1 million plus range (newer condos) count for 17% of the sales.

Relating this to the active condo inventory shows a decrease in the $500K and under range with the inventory at 45% compared to sold at 63%.  In contrast, the $1M plus range shows inventory at 27% verse sold at 17%.

The overall inventory of active oceanfront condo listings has increased 5% since the first of the year and is holding steady at approximately 195.

In summary, we see the older condos starting to show stronger sales and support the news articles about an active real estate market, while the newer, upper tier units are lagging the overall averages.

4 Housing Predictions for the Rest of 2016

According to Freddie Mac’s April outlook, the housing market will maintain its momentum in 2016 and help fuel the economy.  This is despite the slower than expected economic growth in the 1st quarter of the year.

“We’ve revised down our forecast for economic growth to reflect the recent data for the first quarter, but our outlook for the balance of the year remains modestly optimistic for the economy,” says Sean Becketti, Freddie Mac’s chief economist. “However, we maintain our positive view on housing. In fact, the declines in long-term interest rates that accompanied much of the recent news should increase mortgage market activity, particularly refinance.”

Freddie Mac predicts for the remainder of 2016;

As always, time will tell.

We are hopeful for another banner year for the Walker Real Estate Group.  As the #1 Sales Team on Singer Island, providing our customers a true concierge experience has been a major factor in our success.  Trust, integrity and knowledge of the market is our number one priority.

Here is what our customers are saying:

“We want to express our appreciation for the outstanding service provided by Jim and Jeannie Walker during the listing and sale of our home.  From the inception of our listing, they provided full support for every aspect of the process, ranging from their technology capability in providing e-sign functionality to enable remote electronic signing of documents to the use of a professional photographer who took amazing pictures of our home-they almost made us want to buy it all over again.  Jim and Jeannie Walker are the consummate professionals, and we would recommend them most highly…”