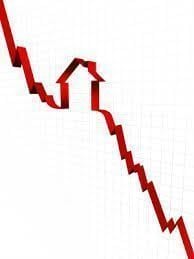 Mortgage company Freddie Mac said last Thursday the nationwide average for a 30-year mortgage declined to 3.89 percent this past week from 3.97 percent the prior week; declining for the

fourth straight week, a continuing boon for potential homebuyers.  It is now at its lowest level since May 2013.

The majority of mortgage industry experts (64%) polled by Bankrate.com expect rates to remain relatively unchanged over the next 30 to 45 days; with only 9 percent predicting rates will increase and 27% thinking rates will go lower.

Mortgage rates have been falling despite the recent end of the Federal Reserve’s monthly bond purchases, which were intended to keep long-term interest rates low. An improving economy led the Fed in October to end the program that it launched during the 2008 financial crisis. Fed officials also have indicated that they will continue to hold shorter-term rates at near-zero levels until signs emerge of rising inflation.

The Fed’s latest survey of business conditions around the U.S., released last Wednesday, showed that the economy kept expanding in October and November, helped by solid gains in consumer spending, manufacturing and overall employment. The survey found many areas of strength and, for the first time this year, the report didn’t see a need to qualify its summary of growth by using words like “modest” and “moderate.”

There are many first-time homebuyers who have never seen mortgage rates above 5%.  We can all thank our lucky stars that we’re not dealing with 1980s-era rates.